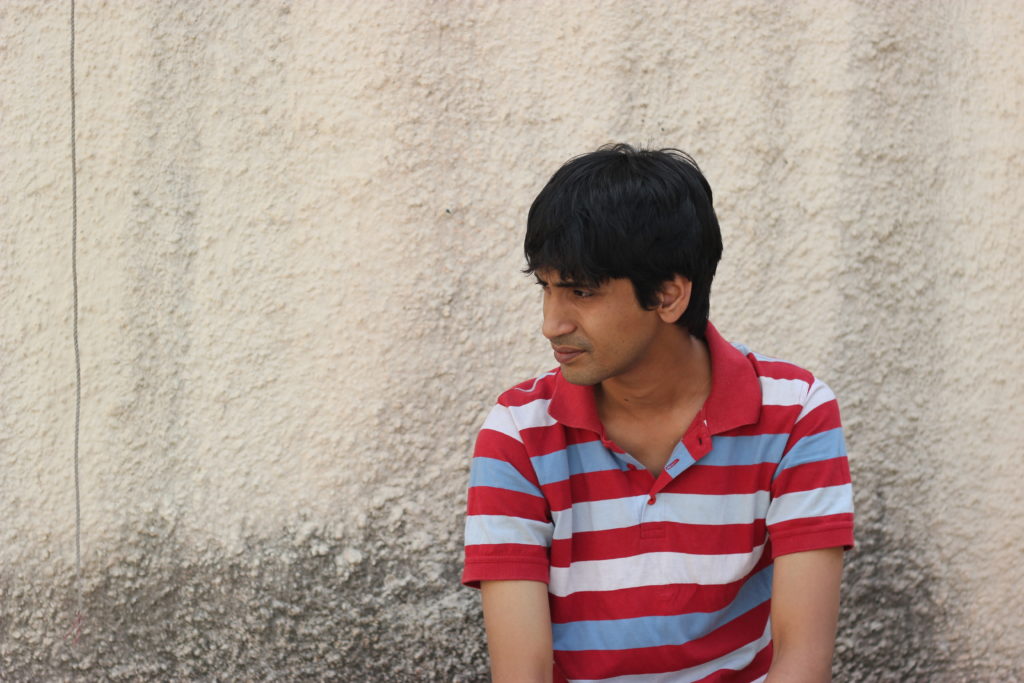 Goirick Brahmachari, an economics research consultant based in New Delhi, is the winner of this year’s prestigious Srinivas Rayaprol Poetry Prize. He was chosen from a field of over 150 contestants from across the country by a jury consisting of the eminent poet, Keki Daruwalla, and Dr. Anna Kurian and Dr. Girish Pawar of Department of English, University of Hyderabad.

Originally from Silchar, Assam, Goirick had his first collection of poems, For the Love of Pork, recently published from Les Editions du Zaporogue, Denmark. His chapbook of poems, Joining the Dots, is forthcoming from Nivasini Publishers, Hyderabad. He has been represented in 40 under 40: an anthology of Post-Globalization Poetry edited by Nabina Das and Semeen Ali (Paperwall Media, 2016). He co-edits The Sunflower Collective’s blog. His poems and articles have appeared in North East Review, Open Road Review, Nether, TFQM, Coldnoon:Travel Poetics, and Raedleaf Poetry.

Recognised as a significant award for creative writing in India, the Srinivas Rayaprol Poetry Prize was instituted by the Hyderabad-based Srinivas Rayaprol Literary Trust to recognize excellence in poetry written in English by poets in the age group of 20-40 years. The Prize is jointly administered by the Department of English, University of Hyderabad. This year, among those shortlisted by the jury for the prize include: Chandramohan S., Harnidh Kaur, Priyam Goswami, and Raj Shekhar Sen.

The Srinivas Rayaprol Literary Trust was started in the year 2000 to perpetuate the memory of the poet, Srinivas Rayaprol (a.k.a. R.S. Marthandam, 1925-1998), who was one of the important contributors to early Indian English Poetry in India. The inaugural prize was awarded in 2009 to Aditi Machado and, subsequently, to Hemant Mohapatra (2010), Aditi Rao (2011), Tushar Jain (2012), Mihir Vatsa (2013), and Ranjani Murali (2014), and Aishwarya Iyer (2015). Eminent poets like Jeet Thayil, Sudeep Sen, Keki Daruwalla, Arundhati Subramanian, Manohar Shetty, and Ranjit Hoskote have been associated with the prize.

The award, consisting of a citation and cash prize of Rs.15,000 will be presented to the winner at a literary event to be held in Hyderabad.

This article has 4 comments

This site uses Akismet to reduce spam. Learn how your comment data is processed.